My name is Matt Harris. I’m 38 years old and I’m from Alcoa, Tennessee, U.S.A. To be honest, the S.E.E.R. Covid Crusher 2.0 is my first hard enduro. I raced a hare scramble last year as my first dirt bike race and decided I really enjoyed the idea of hard or extreme enduro. Even though I’ve been watching the big events like Erzberg, Romaniacs, Sea to Sky and so on for the past few years, it was only two years ago that I first began riding dirt bikes. So far, I’ve loved every bit of it! My 12 year old son Kenny and I ride every chance we get. When asked to characterize my skill level, I would say I’m an ambitious beginner. I’ve been training quite intensely the past year or so.

As I mentioned, the Covid Crusher 2.0 is the only hard enduro I’ve done. I finished fair in the iron class pulling a third place podium. Being my first, it was everything I had imagined. The weather was brutally cold and rain had fallen all week. The terrain was steep mountainsides littered with jagged rocks covered in mossy mud. We began and ended by going in and out of a flowing creek, however, with a substantial elevation change, the highest level of the course was covered in heavy fog.

I rode my own bike for this race. Albeit, a model most would say isn’t quite cut out for hard enduro. I was on an ’18 KTM 250XC. With the growing enduro scene in the southeast of the U.S., 300XC-W models are becoming more and more difficult to find. Either way, I felt my bike performed well and I don’t know what else I could have asked of it. I really like the aero fork’s range of adjustability. I’m 6 feet tall and 220 pounds without gear and the suspension is quite tunable to my preference. For traction, I ran an IRC JX8 Gekkota mounted on a tubliss with a Shinko 216 fat tyre cheater mounted on a mousse up front. I felt the tire combo worked really well.

The course was well marked and simple to understand. I really appreciate this because it allowed me to focus more on the terrain than having to worry with figuring out how to navigate. I learned a lot during this event and now have some things I know I need to work on. One for sure would be my stamina. I didn’t get really physically exhausted, however, I did get short of breath often.

I feel overall, the race was very good. It certainly is a hard enduro but accommodates a wide skill set range of riders. If you’re interested in participating next time, I would recommend working on riding in the nastiest of conditions. If it’s raining on training day, good. Ride anyway. Seek out riding in terrible conditions as rain is common to the area. There aren’t a lot of places to stay. You can camp or get a hotel a few miles away, but there isn’t much to do other than go to the race.

As far as if I’d consider doing this race again, absolutely! I am already planning to do more events this year in the S.E.E.R. circuit. They seem to be a dedicated group of people who really know what they are doing when it comes to putting on a race. I am looking forward to doing as many of their six remaining events and hopefully getting better each round. I’ve already signed up for the W.E.S.S. Tennessee Knockout later this year. I’ve got a lot of work to do between now and then!

Any questions or comments, I can be reached at: 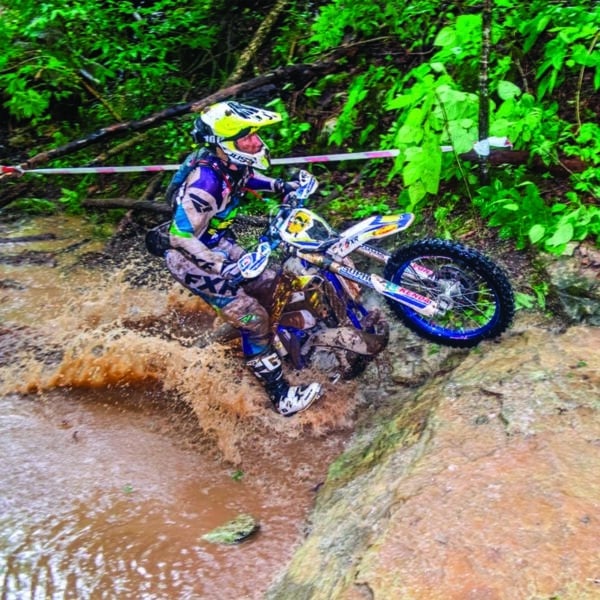 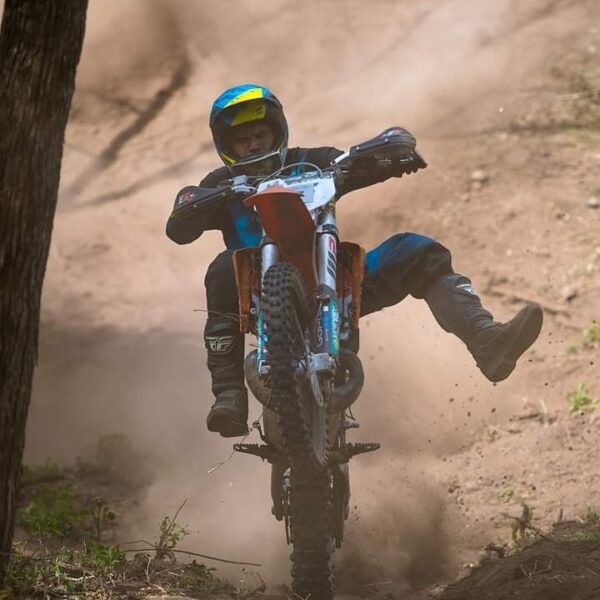 To Top
We use cookies on our website to give you the most relevant experience by remembering your preferences and repeat visits. By clicking “Accept All”, you consent to the use of ALL the cookies. However, you may visit "Cookie Settings" to provide a controlled consent.
Cookie SettingsAccept All
Manage consent

This website uses cookies to improve your experience while you navigate through the website. Out of these, the cookies that are categorized as necessary are stored on your browser as they are essential for the working of basic functionalities of the website. We also use third-party cookies that help us analyze and understand how you use this website. These cookies will be stored in your browser only with your consent. You also have the option to opt-out of these cookies. But opting out of some of these cookies may affect your browsing experience.
Necessary Always Enabled
Necessary cookies are absolutely essential for the website to function properly. This category only includes cookies that ensures basic functionalities and security features of the website. These cookies do not store any personal information.
Non-necessary
Any cookies that may not be particularly necessary for the website to function and is used specifically to collect user personal data via analytics, ads, other embedded contents are termed as non-necessary cookies. It is mandatory to procure user consent prior to running these cookies on your website.
SAVE & ACCEPT