My name is Sean Kepler and I am from Orange County, California. I am 36 years old and have been riding dirt bikes since I could walk but only recently began to compete. Hard enduro was something I had seen from Red bull events but never experienced first hand; but a out of the blue trip to Spain found me at Graham Jarvis’ place in Malaga and I began to learn new techniques that would point me towards the challenging sport of Hard and Extreme Enduro. My at home bikes are a 21′ KTM 300 XC-W and a 12′ KTM 350 SX-f; but I compete on the XC-W and also rent bikes from @readytoriderentals which are also KTM 300’s. As I travel the world I try to tag along with other riders and team but am not exclusive to any at this time. As for my history of competing in Hard Enduro races, I have only done 4. But with that I have a ton of experience riding with pro’s and have quickly advanced my skill to be a privateer rider. I am a front runner in B or Intermediate, or back of the pack in the Expert or A class. My confidence and skill are there, but its combination that I am working on to elevate my skills, mentally and physical ability. For this latest post I will be reviewing the Sierra Hard Enduro Race in Monterrey, Nuevo Leon, Mexico. The first race in the MESS series.

The Sierra Hard Enduro was a great race; consisting of a 2 day format with 1 day for qualifying and the 2nd day for the main race. Qualifying position was based on sign up position and then the main race start position was your qualifying time from the previous day. There were no classes to enter, and you position would be based on the amount of distance covered. There were 9 check points and certain ones would put you in a class of finishers; Iron, Bronze, Silver and Gold. The format was a bit tricky to follow but it just required that you go as fast as you can for as far as you can and that would stamp your position.

Since the inception of the event I was excited to be a part of it. The location seemed epic, the mountains set a dramatic backdrop and the terrain looked like something I could excel at with the desert base but rocky climbs. It was also my first “international” race, even though it was only across the border to Mexico.

Leading up to the event I was watching videos and gathering as much intel as I could so I could make a proper tire choice. I feel I made the right decision in the end with my IRC VE33 GEKKOTA Hybrid gummy and Nitro-Mousse. The tire was a bit soft for the tough and rugged terrain, chewing it up pretty quickly but not compromising it and causing it to lose knobs or chunk. We left a used tire for qualifying, and put on a fresh one for the race. If I were to make a change, it would maybe to not run the hybrid version, and just run their normal VE33 Enduro Tire, but keep the soft mousse. But at the same time, I think for a race, a tire should be a 1 time use and I think it did just that, 100% traction all the time.

When it came to bike setup, I left my settings pretty standard; soft to prevent fatigue, sag that allowed for speed and whoops, and rebound a bit quick for the choppy, rocky trails.

After competing for 2 days I can say that the track required both physical and mental aptitude. Physically, you were being drained constantly with the loose rocks, washes and the fact there were not many spots where you could relax. The uphill climbs were challenging but nothing crazy, and with proper skill they did not use as much energy as the downhills did. The descents were so long, rocky, big drops, off camber, and high exposure, causing you to be physically and mentally drained trying to stay safe and keep pace. As to be expected in a hard enduro, the course gradually got harder and harder, leading into boulder canyons, sheer rock face climbs, and mountain climbs that took you to the highest peaks in the area. Fortunately the weather did not produce heat like was anticipated, but by 13:00, it was hot enough to wear you down.

When I decided to compete I quickly reached out to the organizers to find out the locations to stay and was directed to an amazing hotel in the middle of town. It was a 25-30min drive to the track, but the hotel and surrounding area made it worth the drive as there were nothing near the main paddock area.

When the results were finally posted I given 35th overall out of 114 and 27th in the Bronze finisher class. When you take a step back and look at it, its hard not to be happy; but as a competitor I feel I could have done better. The qualifying position for me at 109 put me at the absolute rear of the field and I was stuck in a massive bottleneck. I was able to jump up from 109th to 50th, but that still was behind many people I feel my pace as faster than. In the future I will be signing up for races sooner so I am able to start up front. I have found that you start up front, you stay up front! Results were found on the Sierra Hard Enduro App and I am sure they will be posted online soon.

For my first international race I was extremely happy with the organizer, the race format, the competitors and the cost. Overall it is much more affordable in Mexico as opposed to racing in the states; and the entry fee and necessary components needed were nothing out of the ordinary. With 2 days or racing as well it was worth every Peso!

Next year, if you decide to race I recommend coming in 2 days early to get acclimated to the weather, time and air; and also to get a little bit of time in the race area. Any direction you head from the paddock is challenging! You can easily wear yourself out if you are not careful when just doing your testing.

As I do not have much experience with different races and formats I was happy with the overall feel of the event and cannot think of any changes I would recommend other than the personal things I will change leading up to it to guarantee myself a better starting position. Ahh, one thing that was a bit difficult was the GPS format. I currently run a Trail Tech Voyager Pro (an amazing GPS), but it requires an SD card to import and export the tracks. The organizer wanted to verify there was no cheating so the course was given the night before, and then after the race you had to turn in your GPS. But for me, I had to turn in an SD card. I think in the future I am going to permanently load an SD card in my GPS so I can easily import and export the tracks when needed.
If you are thinking of heading to Monterrey to race, I highly recommend it. The course was challenging, the organization was well put together and the dollar per fun ratio was perfect 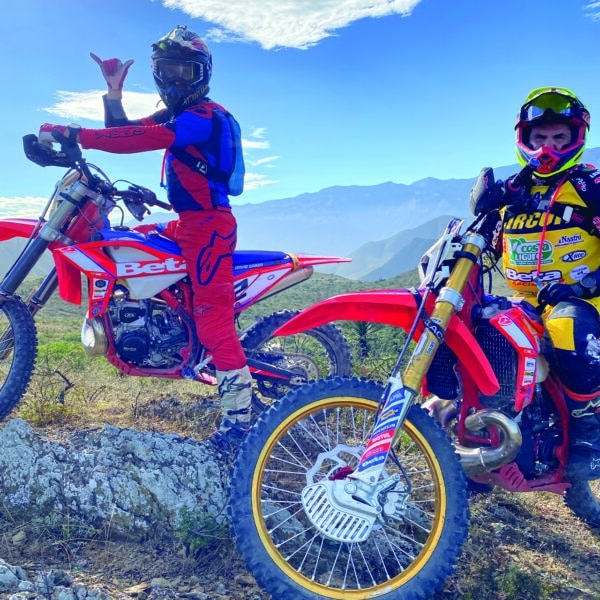 To Top
We use cookies on our website to give you the most relevant experience by remembering your preferences and repeat visits. By clicking “Accept”, you consent to the use of ALL the cookies.
Cookie settingsACCEPT
Manage consent

This website uses cookies to improve your experience while you navigate through the website. Out of these, the cookies that are categorized as necessary are stored on your browser as they are essential for the working of basic functionalities of the website. We also use third-party cookies that help us analyze and understand how you use this website. These cookies will be stored in your browser only with your consent. You also have the option to opt-out of these cookies. But opting out of some of these cookies may affect your browsing experience.
Necessary Always Enabled

Any cookies that may not be particularly necessary for the website to function and is used specifically to collect user personal data via analytics, ads, other embedded contents are termed as non-necessary cookies. It is mandatory to procure user consent prior to running these cookies on your website.